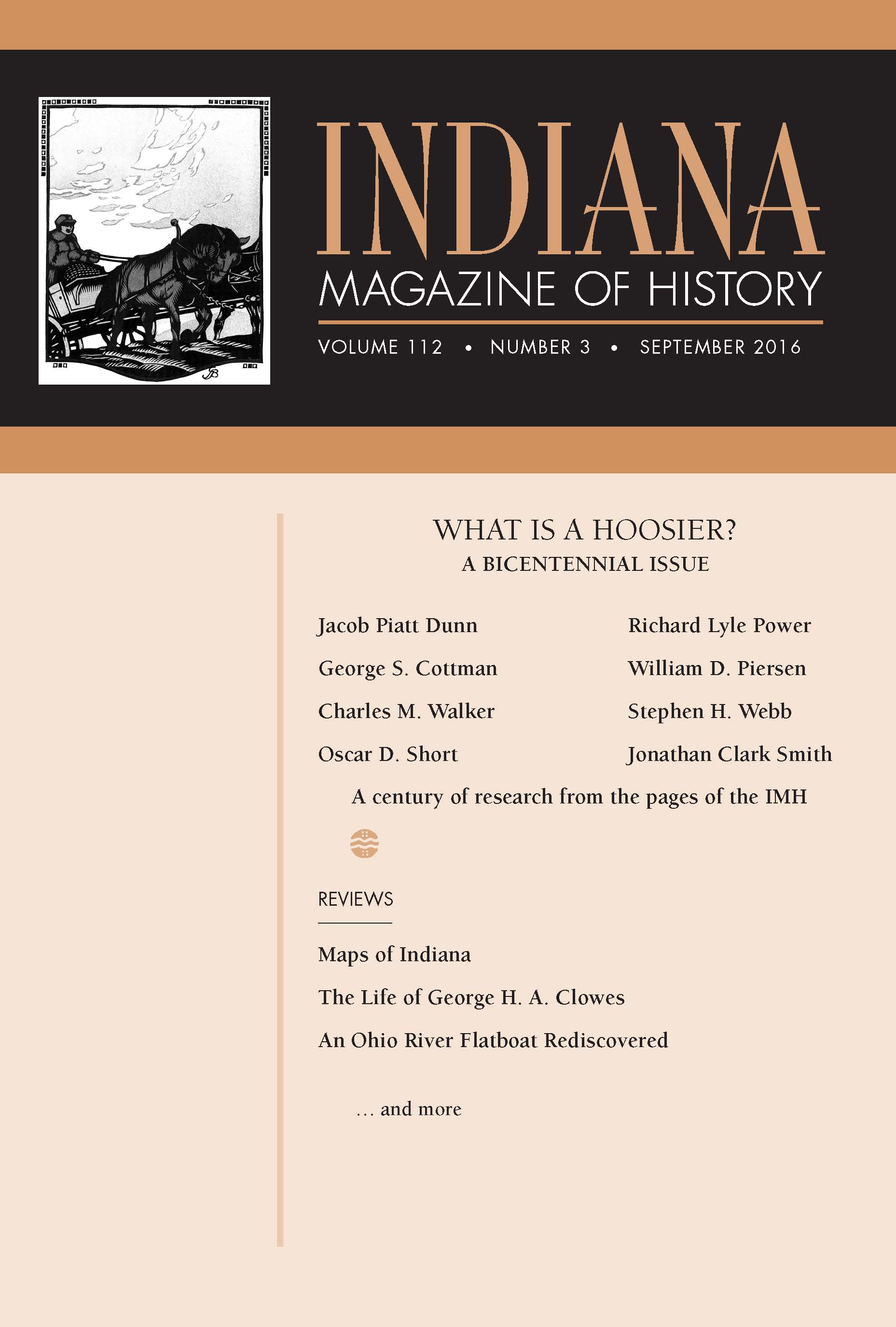 What is a Hoosier? Where did the term come from, what does it mean, and when was it first used to refer to people who lived in Indiana? Libraries and historical societies across the state have been answering this question for decades. The Indiana Historical Society and the Indiana Historical Bureau have weighed in on their websites, as have, among others, the Indiana University library system and the United States Department of Agriculture’s Forest Service. Not surprisingly, the Indiana Magazine of History, too, has examined the term Hoosier from a variety of angles through its 115-year run. In our July 2016 issue, Barbara Roberts offered a story that she and her husband, distinguished folklorist Warren Roberts, had heard at a reception during an academic conference in St. Andrews, Scotland, in the 1990s. Having identified himself as a Hoosier, Prof. Roberts confessed that he was uncertain of the term’s origin, only to be told by one of his Scottish hosts of a tradition that a wild and woolly “Hoosier” tribe had once thrived in northwestern Scotland. To follow Mrs. Roberts’s intriguing story—and to commemorate the 200th anniversary of the Hoosier state—we now offer readers a compilation of the IMH’s “Hoosier” articles.