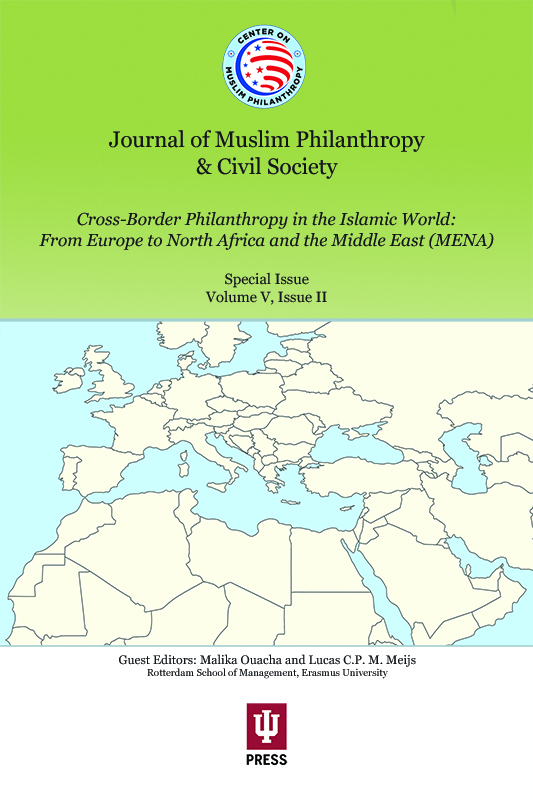 Cross-border diasporic philanthropy has been studied over the last couple of decades. Several studies have demonstrated the impact of diaspora groups in Europe supporting their family and community members in their home country through the act of remittances. As diaspora groups often exist in countries with a post-colonial history, countries who do not share such history are rather absent in these studies. The Netherlands and Morocco are examples of such. This study contributes to the literature on cross-border diasporic philanthropy in cross-national context of countries with no colonial past, but with a diaspora present in both societies. Through empirical research, done between 2016 and 2021, the perspectives are summarized and presented of three distinctive groups: the Amazigh diaspora living in the Netherlands, the Amazigh diaspora living in Morocco and the social groups finding themselves on the receiving ends of the philanthropy done by the first two groups. This study presents how both diasporic voluntary groups, both paid and unpaid, are criticizing the other (diaspora voluntary group) together with how post-colonial behavior is experienced by the receiving end. This study reveals both religious and secular motifs within the national and international Moroccan diaspora, stating that religious motifs as more effective than the first. This leads to the main argument answering the question in the title of this article, along with a possible explanation of the existence of this phenomenon and elevation for its solution.

How to Cite
Ouacha, M. (2021). Diasporic Volunteering in Cross-national Perspective: Is Faith-based More Effective than Secular Philanthropy? : A Case of the Netherlands and Morocco. Journal of Muslim Philanthropy &Amp; Civil Society, 5(2). Retrieved from https://scholarworks.iu.edu/iupjournals/index.php/muslimphilanthropy/article/view/4891
Issue
Vol. 5 No. 2 (2021): Special Issue: Cross-Border Philanthropy in the Islamic World: From Europe to North Africa and the Middle East (MENA)
Section
Articles