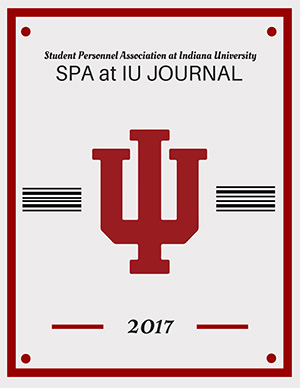 Authors who publish with the Journal of the Indiana University Student Personnel Association (hereinafter “the Journal”) agree to the following terms: