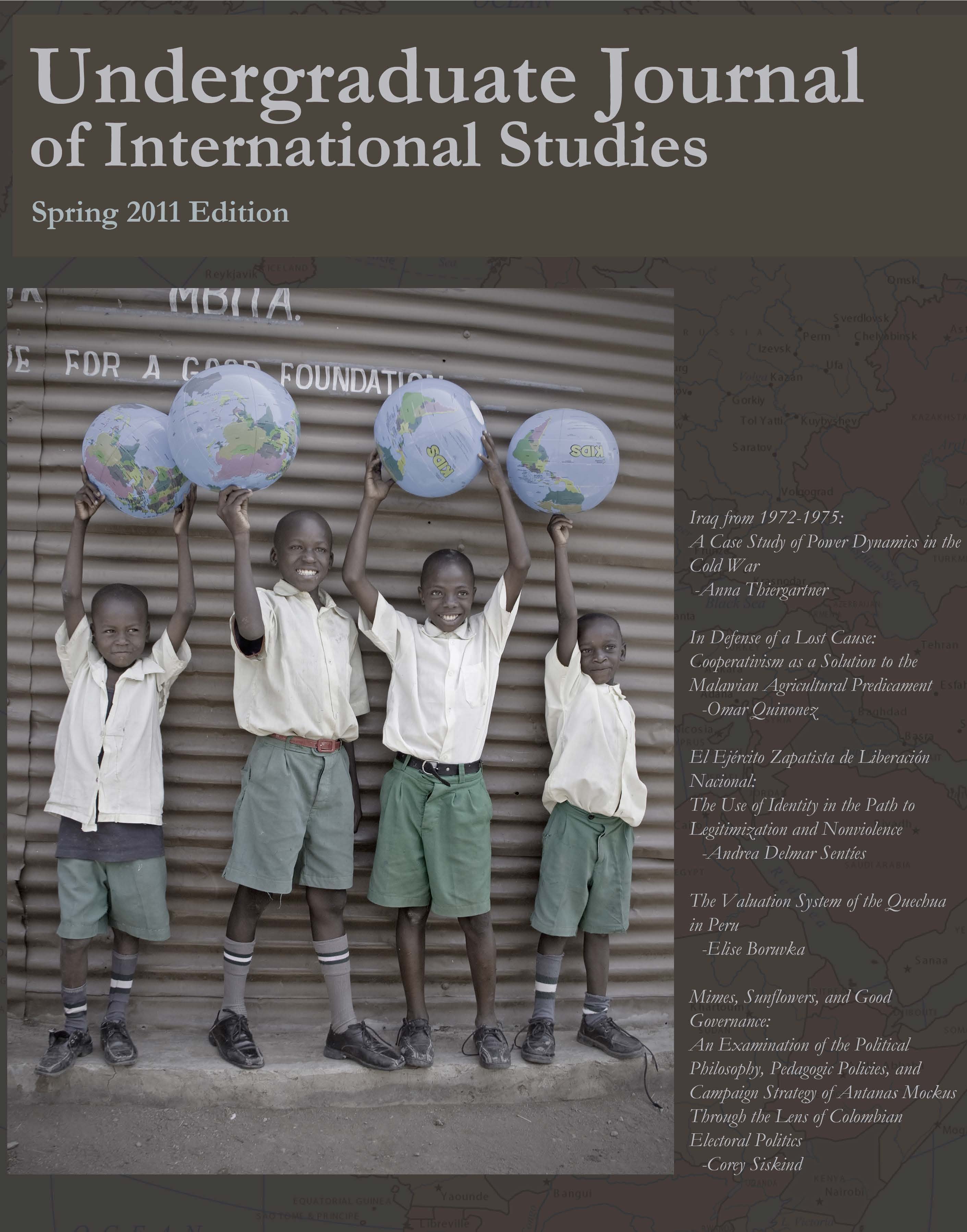 The relationship between the Soviet Union and Iraq in the 1970s represents the perfect case study of the power politics of the period. Iraq’s master politician Saddam Hussein ushered in a new era of economic growth in his country using Cold War politics for Iraqi national interest. Economic arms trade data records the minute details of this curious friendship. Looking through the lens of Development Theory and economic interactions, the Iraqi-Soviet bond reveals why the proxy wars of the Cold War ultimately failed. Conventional thinking of this period often led others to believe that the Soviet Union and the United States always held the power. The bilateral world that they created featured their power politics and their control. However, through the study of Iraq, it becomes evident that the balance of control was often held by the supposedly compliant state. This equally exploitative system shows the intensely calculated movements and developments of all alliances. It is important to be thought of both politically and economically as they were completely intertwined. The Iraqi case study also highlights the flaws in the Soviet Union’s plan for developing compliant states. Their inability to effectively retain these alliances may have contributed to their downfall.