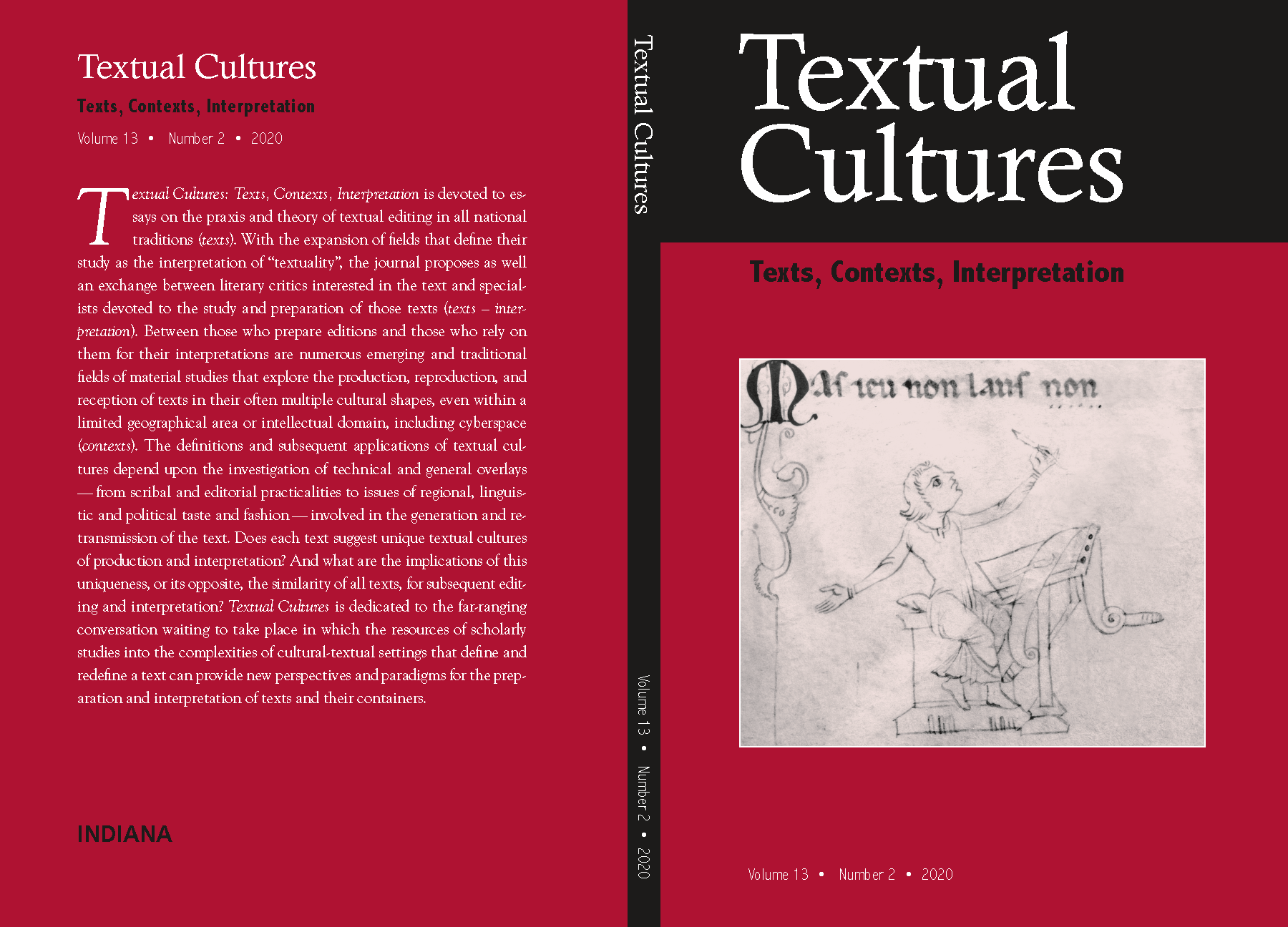 The Motti e facezie are an important collection of Renaissance Italian short stories, characterized by the presence of a leading actor: Arlotto de’ Mainardi, an historical documented Florentine priest. While the text was a best-seller in the sixteenth century, unfolding in a vast number of editions despite the pressures of Catholic counter-reformation censorship, its print history has been largely neglected even by its most recent scholarly editor. This essay focuses on the likely first philological analysis of the Motti e Facezie del PiovanoArlotto’s princeps, offering a brief summary of the text, its composition and reception histories, its manuscript tradition, and the problematic decision by G. Folena to neglect the print tradition in the preparation of his edition. After laying this contextual groundwork, the essay turns to an analysis of five (of the seven) remaining copies of the editio princeps, showing two different state variants and focusing on one particular copy (Florence, Biblioteca Nazionale Centrale, Pal. E.6.6.28) owned and annotated by the important philologist and Florentine refugee in France, Jacopo Corbinelli.