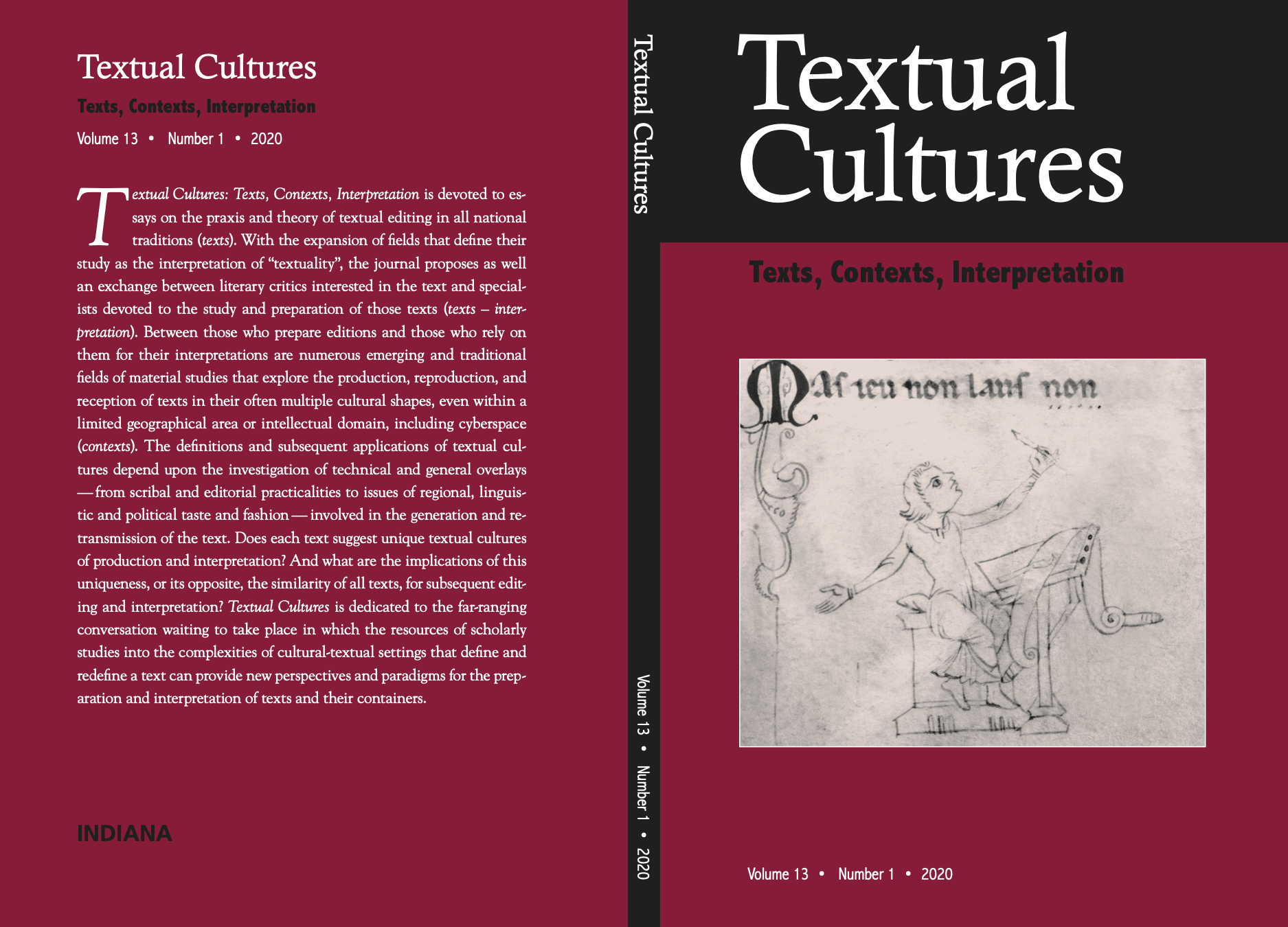 In spite of its apparent ‘betrayal’ of Petrarch’s visual poetics due to its one-column layout, the copy of the Rerum vulgarium fragmenta contained in MS Cologny Bodmer 131 documents a way of employing common graphic devices that still shows awareness of the graphological distinctions among the five genres of the Fragmenta, and yet unavoidably slips in occasional errors deriving from the loss of Petrarch’s original mise en page. Gambalunga Sc-Ms. 93, in its first unit, reproduces the same choices of organization of the genres, and often even the same errors, demonstrating its derivation from the same antegraph as the Bodmer manuscript. The two copies, both from the end of the fourteenth century, provide evidence that such transcriptional choices were already consolidated shortly after the death of the poet, suggesting that scribes of the earliest copies of the Rvf did not follow the formats of their holograph.