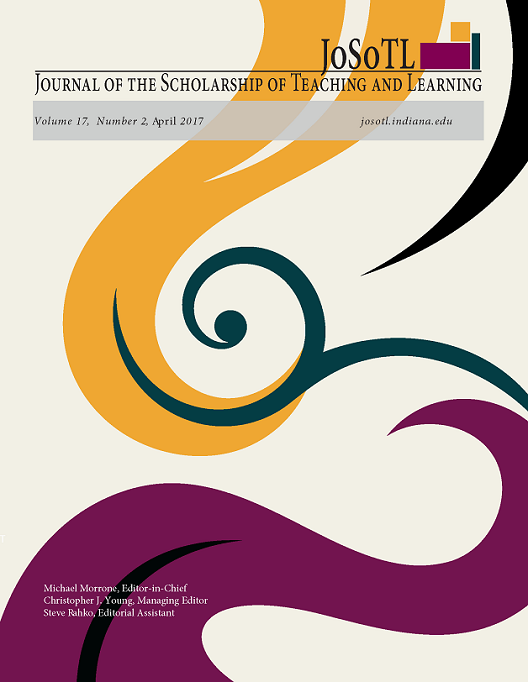 Abstract: The current study sought to determine the effectiveness of video-on-demand podcasts (vodcasts) as a tool for facilitating the understanding of Physiology by first year undergraduate Graduate Entry to Medicine (GEM) students. 73 first year undergraduate GEM students were provided with full length vodcasts of lecture material in advance of each of 9 Physiology lectures. Exam performance, using identical sample questions, was assessed against performance of the 2012-2013 GEM I class, which did not have access to the vodcasts. Qualitative information of students’ perceptions of the vodcasts was also gathered and analysed. Analysis revealed that the study group of 2013-2014 GEM I students achieved significantly higher grades in various examination formats in comparison to the control 2012-2013 GEM I cohort. Qualitative analysis of responses to the attitudinal survey revealed that the majority of students liked the vodcasts and that previewing them before lectures did indeed facilitate understanding of the lecture material. However, only 15% of the class were able to view all 9 of the prepared vodcasts prior to lectures. Notably, the majority of students indicated that they also considered the vodcasts to be valuable revision tools. This study is the first to show that the use of vodcasts can provide clear, quantifiable benefits for medical student learning over and above lecture notes and/or lecture slides alone. Our analysis suggests that this improvement was due both to their use as a preview tool as well as facility for later revision of lecture content.