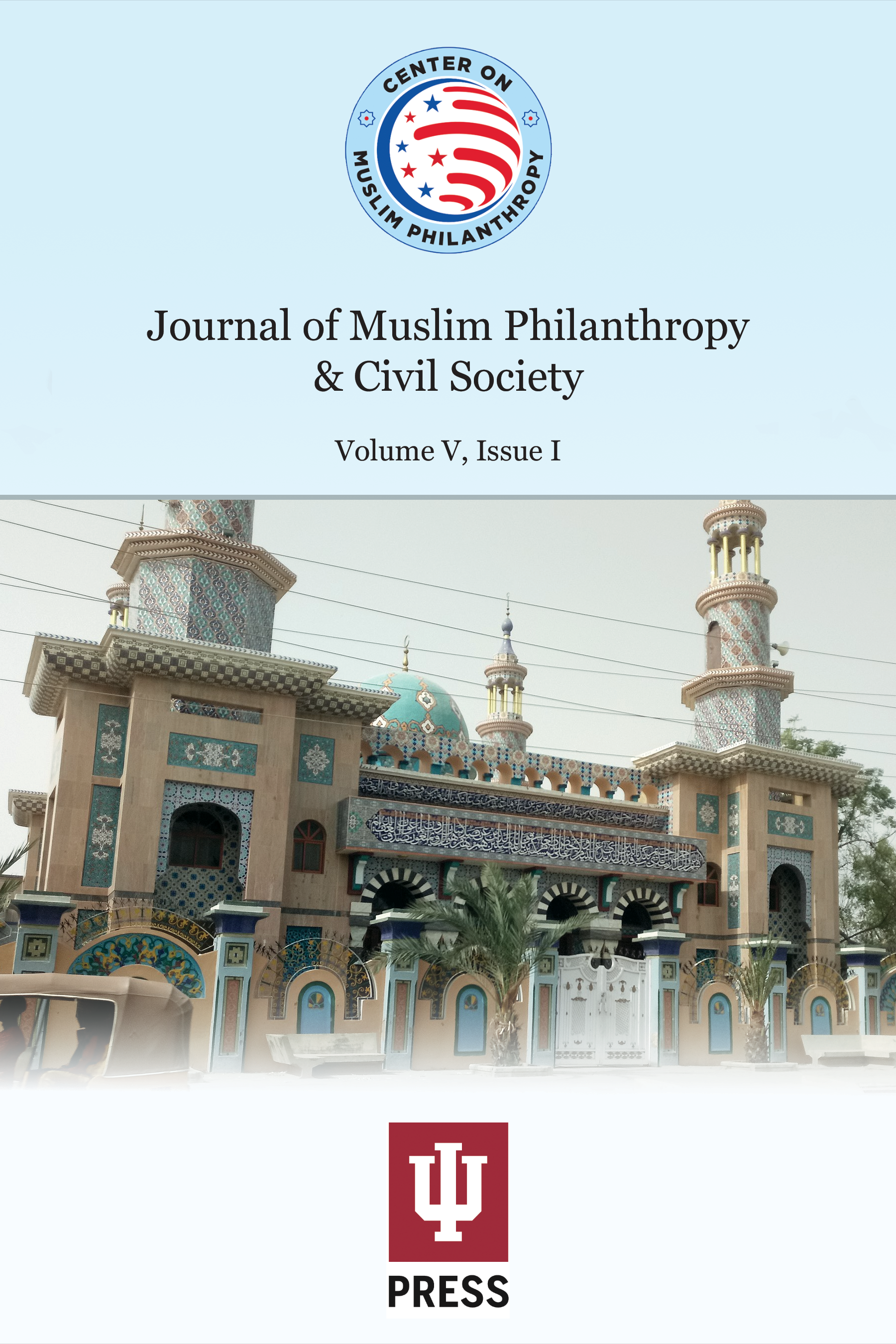 A sine qua non in any basic understanding of the history of Islamic philanthropy is a familiarity with the story of the charitable foundation/endowment in Islam known as the waqf. Using necessarily broad but accurate brushstrokes, this paper tells the story of the waqf. In addition to the introduction and conclusion, it is divided into six major sections. Following a section on the background for the emergence of the institution of the waqf are five sections, each of which treats one of what I propose to be the five different phases of the history of this institution. The first focuses on the formative period and discusses the central concepts and themes that were critical for the foundation and establishment of the waqf as one of the premier institutions of Islamic philanthropy. The second deals with the post-formative period and explores the emergence of jurisprudence regarding the normative beneficiaries of the waqf, as well as the evolving multiplicity of various genres of and terminologies for the waqf across a panoply of local cultural contexts. The third and fourth sections review the maturation and transformational periods, respectively. Finally, the fifth section explores the salient features of the deterioration period.

How to Cite
Abdur-Rashid, K. (2021). Financing Kindness as a Society: The Rise and Fall of the Waqf as a Central Islamic Philanthropic Institution (Awqāf). Journal of Muslim Philanthropy &Amp; Civil Society, 5(1). Retrieved from https://scholarworks.iu.edu/iupjournals/index.php/muslimphilanthropy/article/view/3565
Issue
Vol. 5 No. 1 (2021): Summer 2021 Issue
Section
Articles