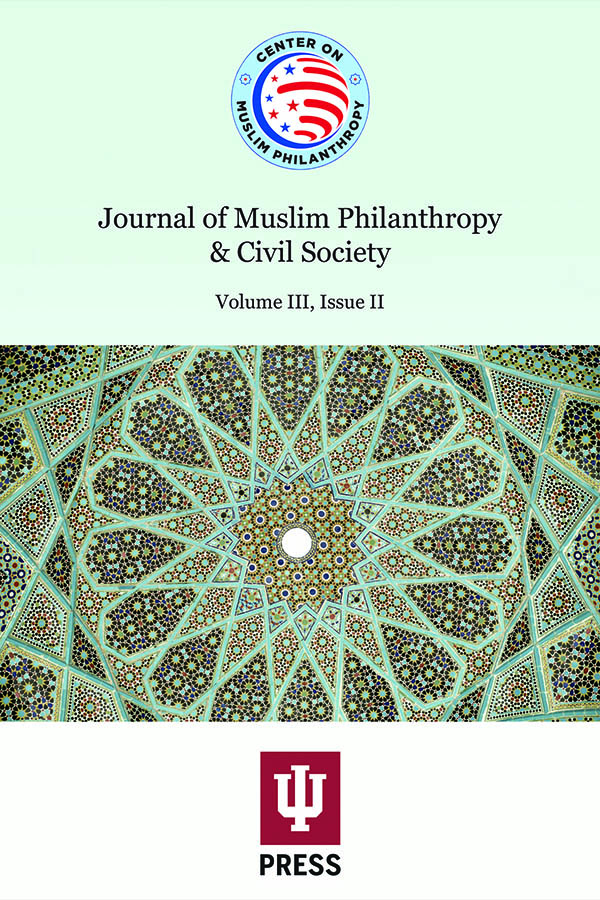 This paper charts the linked religious, political, and economic visions undergirding the many MSA publications on zakat during the early 1970s. These publications demonstrate how the MSA saw zakat a key practice in building Muslim identity in the many communities of which they were a part: local communities centered around university campuses, an American Muslim community (the boundaries of which were highly contested) and finally, as part of a global Muslim community, or umma, in which Muslim students increasingly saw themselves as an exceptional group. These writings on zakat demonstrate the many intersecting religious, political, and intellectual concerns that Muslim students brought to bear on this foundational Muslim practice. This article argues that the university setting facilitated these multivalent debates on religious giving and contributed to students’ aspirations for the Muslim umma as a whole.

How to Cite
Howe, J. (2019). Zakat and the Umma Imaginary of the 1970s Muslim Students Association. Journal of Muslim Philanthropy & Civil Society, 3(2). Retrieved from https://scholarworks.iu.edu/iupjournals/index.php/muslimphilanthropy/article/view/2626
Issue
Vol 3 No 2 (2019)
Section
Articles

Authors are able to enter into separate, additional contractual arrangements for the non-exclusive distribution of the journal's published version of the work (e.g., post it to an institutional repository or publish it in a book), with an acknowledgement of its initial publication in this journal.